What is Brise Soleil and how does it work?

Brise Soleil is a French term that directly translates as “sun breaker”. It is a solar shading system with a series of horizontal or vertical aluminium blades that help to control the amount of sunlight and solar heat gain in a building.

It was first developed in the 1930s by Swiss-French Architect Charles Edouard Jeanneret (also known as Le Corbusier). He was working as a consultant architect on the Brazilian Ministry of Education & Health building, a 15-storey tower designed with huge walls of glass. Horizontal gear-operated, adjustable solar-shading was installed to control the heat within the building and the glare from the sun. 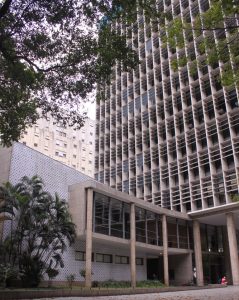 How does Brise Soleil work?

When designing brise soleil, a number of factors need to be considered.

When you combine all these factors, it leads to a ‘greenhouse effect’ on the internal environment of the building. Blinding sunlight shines through the large glass panels and temperatures rise to an uncomfortable level.

Brise soleil blades are designed to control the level of sunlight entering the building, which subsequently lowers the temperature. This makes for a more comfortable experience for the occupiers and substantially reduces the ‘greenhouse effect’.

In the winter months, the sun sits lower in the sky and the internal environment of the building benefits from the natural warmth of the sun, whilst still maintaining partial shading. 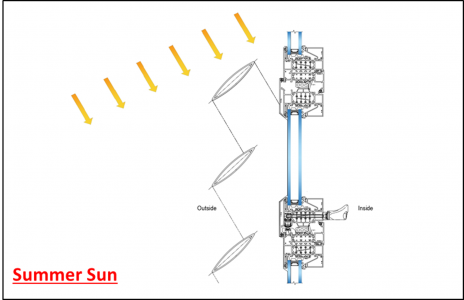 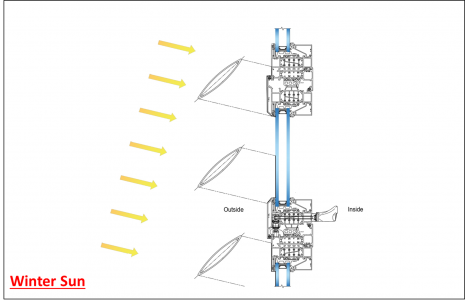 Installing Brise Soleil on the external facade of a building is hugely beneficial to both the environment and the buildings overall operating costs. It substantially reduces the need for air-conditioning during the summer and consequently reduces energy consumption. 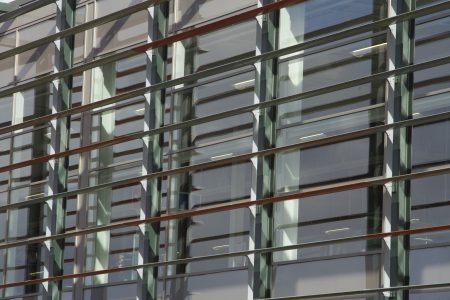 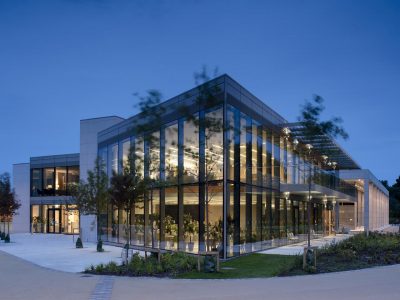 APA’s aluminium Brise Soleil systems have excellent strength-to-weigh ratios. They are available in a wide variety of vertical or horizontal elliptical blades, ranging in size from 160mm to 450mm.

The flexibility of our system allows them to be installed directly into our range of ST windows as part of a buildings ribbon window or a more traditional curtain wall grid. They are available in a wide variety of single and dual colour options to Qualicoat RAL colours, giving you endless design possibilities. 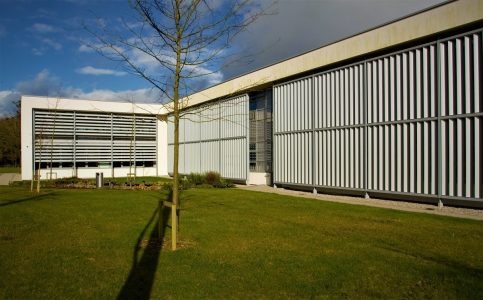 Do you have a copy of our Brise Soleil Brochure? 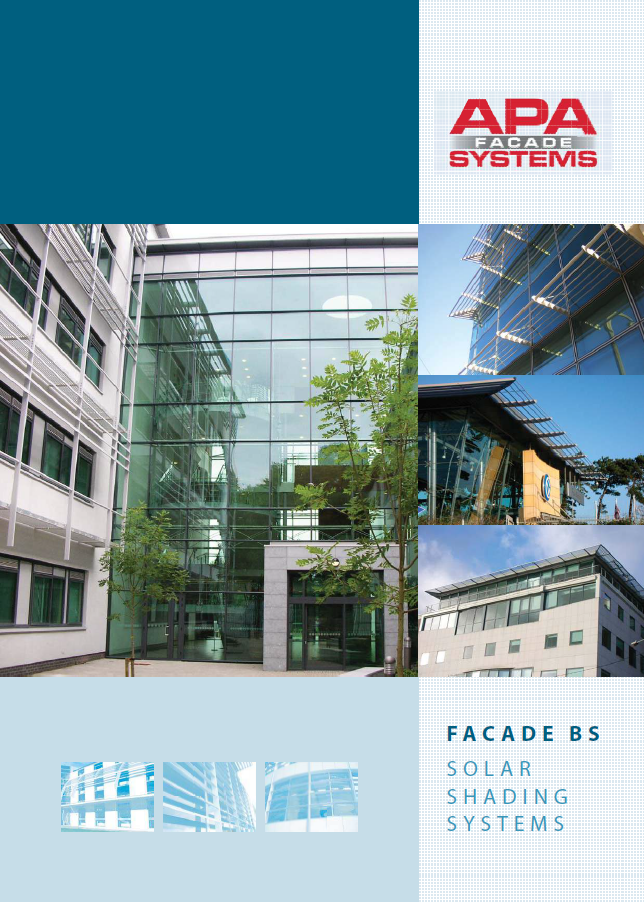