The Frankland Building, University of Birmingham

APA Facade Systems have recently acquired the contract for The Frankland Building in the University of Birmingham. This iconic building is set to be refurbished after new plans were given the thumbs up. The Frankland Building, which was constructed in 1908, will undergo a series of works after the city council approved the scheme. They include a new ground floor entrance, a single-storey extension of the west annex and a stepped terrace to the north side.

The building, which features the grade II-listed Chamberlain Tower, is currently used by the psychology department but the changes will allow it to be used for subjects. The university said: “The intention is to remove or mitigate some of the 1970s modifications and replace them with less obtrusive, alternatives which provide improved access, better connections to adjacent areas of the campus, better definition of departmental entrances and improved natural light to the internal spaces, particularly at high level.”

APA Facade Systems are working in conjunction with OP Systems Ltd who are installing our TB50 Facade System, ST70 windows and our Concealed Frame Vents (CFV’s). 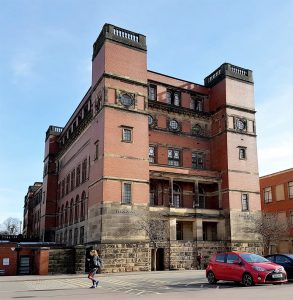