Ireland’s largest hotel operator Dalata are leasing the new 200-bedroom, four-star hotel in the Spencer Place development in Dublin’s Docklands. The letting is based on a 35-year operating lease, which will be subject to five-year rent reviews and linked to the consumer price index.

The hotel project is being managed by PJ Hegarty’s. It has been specifically designed to fit in with the new modern appearance of the Spencer Place development. As a result of this, our slimline ST70 Concealed Sash windows were chosen, with Skyframe Facades installing them.

Dalata Hotel Group now has a total of four hotels in the Dublin Docklands including the Gibson, the Maldron and the Clayton. They also opened the 189-bedroom Clayton Hotel Charlemont in November 2019- a €40m investment. 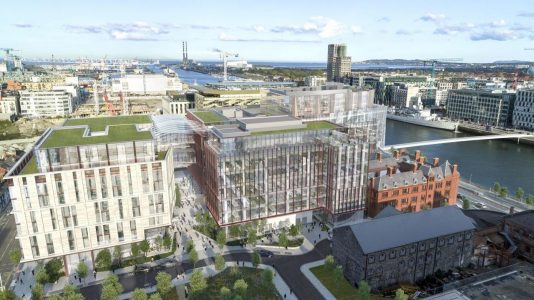